I don’t know any Spanish, but that is not to my disadvantage since everyone here speaks Catalan. It took me several days to realize that. It all sounds the same, but at the same time no. The spellning is definitely weird. May for example is a word I know in Spanish: Mayo (Cinco de Mayo). But here it says Maig everywhere. These people here are not proud Spaniards, they are proud Catalans. And very proud ones at that. I think I have seen perhaps one or two Spanish flags on balconies, the rest 99% have Catalan flags. Yellow ribbons are everywhere as well having something to do with freeing political prisoners. The people here do not want to be a part of Spain. I am not too involved but even to the ignorant me, it is clearly visible.

The word Platja, I assume means beach (the Spanish word is playa, right?).

Most of today was spent at the beach. Mom and I left around noon and just walked straight east from the apartment until we eventually came to the beach. It was around 5 000 steps one way. So 10 000 in total after just laying there for many hours relaxing, getting foot massages and reading. Pretty decent.

It was warm today, not enough to want to go in the water, but still enough to lie on the beach for several hours. The wind was present so it didn’t get too warm either. It was perfect. But I am unused to being in the sun, and therefore forgot to use sunlotion on every inch of my body, so the closest tw centimeters around my bikin got decently red. It hurts a little, but I have been through worse. Nothing else got burned though. Sun protection works!! Use it!

After a quick shower back at the apartment mom and I went back out (Helena wasn’t feeling to well and used the day for resting for tomorrows trip to Parc Güell). We took the Metro to Hard Rock Cafe where mom bought me a late birthday dinner. Very nice and good. Number 19 in the order.

We then walked to Parc de Montjuïc, or the beginning of it, where the Font Màgica de Montjuïc (The Magic Fountain of Montjuïc) was. Tons of people pilgrimaged along with us and it took a little while for us to understand why. Everyone was going to the fountain. It wasn’t even that crazy in Las Vegas or Dubai! It was crazy bananas.

It played both popular music but also some classical. We thought it was about to end three or four times. It kept going for an hour! Crazy! But it was beautiful. Light was incorporated into the fountain and made really awesome effects. With the spray it almost looked like the water was boiling lava when it was red/orange or ice when it was blue. It was really beautiful! But it was long. So mom and I went up the stairs toward the castle behind it to take a photo of the rainbow fountain up there. But literally two seconds before had the chance to pull the photo trigger on both of our cameras, all the fountain lights in the area turned off and we stood there, with our cameras held high in darkness. WHAT?! Now I feel I have to go back just to take that picture, I was robbed of that opportunity, haha! I think it would have been a pretty cool 360 picture from up there as well. With the pretty castle, the rainbow and the columns further down and then the dancing fountain. Too bad.

It got really late today, the fountain didn’t start until 9pm. Tomorrow will be a  day in the park with sunny weather. 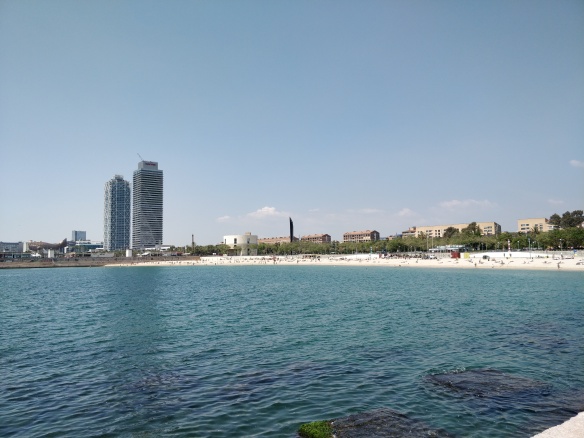 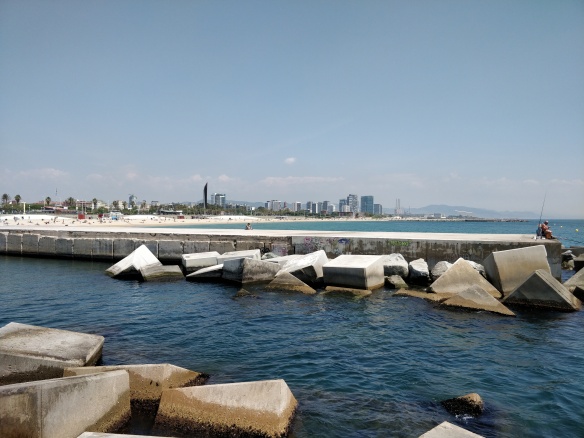 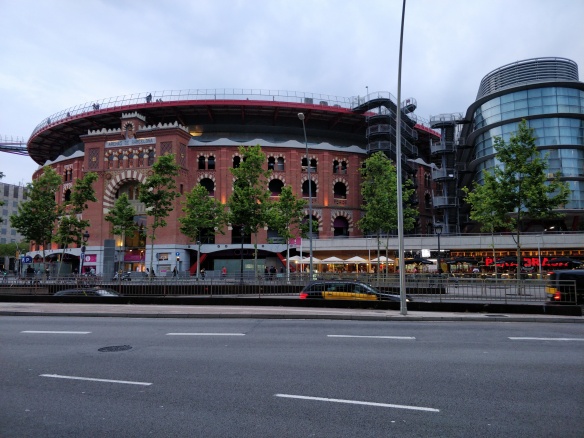 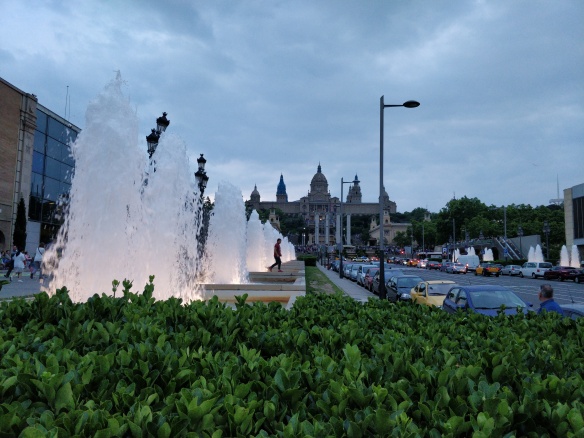 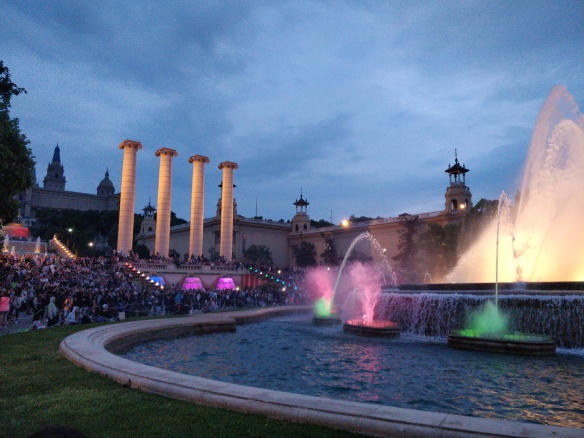 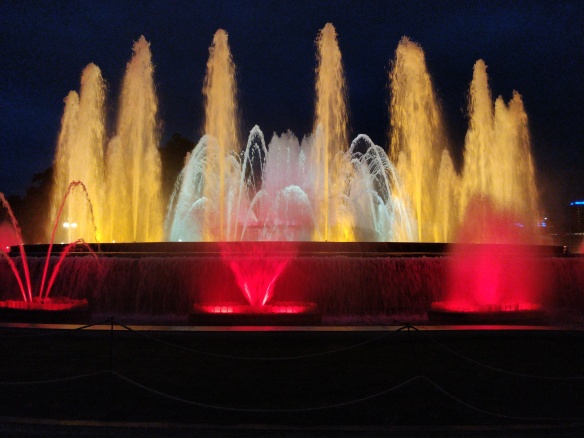 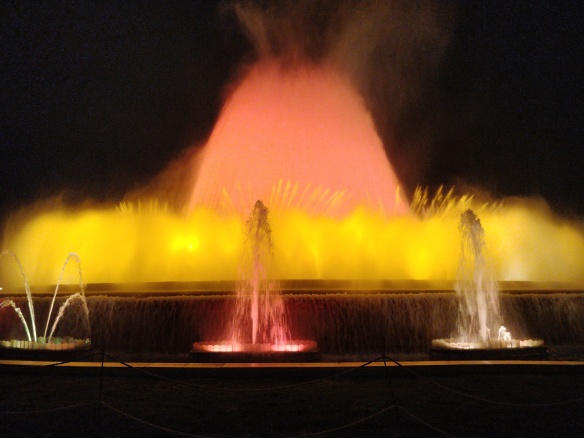