The summer feeling from Gothenburg has arrived in Barcelona today. Kind of. It was sunny today, some clouds, and around 21C. I’ve been walking around with a tank top, actually gotten some color on my chest. But I always had my long-sleeved close by.

I prefer to walk when going someplace new. You see everything that way. But it is also very interesting to use the transit system so I wasn’t too bummed when we decided to take the Metro to La Rambla. Before we got there however, I learned about what I have been told about pickpocket thiefs. We were on the Metro and it was not very crowded but one guy came ridiculously close to me when a lady wanted to get off. I felt his jacket slid over my purse and when I reached my hand down, his hand was in my purse! He looked confused like he had no idea what was going on. I almost started screaming at him, but in Swedish. I have learned from Jesper that if anything happens, the bst thing to do is get attention by yelling. I hadn’t even been here 24 hours before someone tried to steal from me. So everyone planning to go to Barcelona, be careful and aware! Nothing was stolen by the way.

La Rambla anyway is a big avenue with lots of shopping and tourists stuff. Lots of plants and seeds. I bought cat grass since Cleo loves that. There was a really big palm tree that thrives in my warm apartment but I don’t think I could take it on the plane home…

I had been told to go to the metal shed which contained the food market and we found it as we walked along La Rambla. Mercat de la Boqueria. It was huge, and there was so much food! And so much of it looked so delicious. There were fruits, smoothies, meats, small bars, a big fish section. It was hard to decide what to eat. I decided eventually, to eat a pizza pierogi, a mango/coconut smoothie and strawberries and mangos. Unfortunately, the strawberries weren’t that good and the mango wasn’t ripe. But the smoothie was amazing and the pizza pierogi was very good as well!

We then went to Catedral de Barcelona, a basilica built in the 13th century. I love churches! They are so beautiful and majestic. I took a 360 picture inside, it can be found on Google Maps. We decided not to go up to the roof since we are going up in one of the spires on Sagrada Familia tomorrow.

Helena wasn’t feeling too well after that so she took the Metro back to the apartment while mom and I walked along. We went all the way down to the water along La Rambla. Out onto a pier where there was a rather big shopping mall, Maremagnum. We just walked around inside, looking at it. Then another walk to the park north of it called Parc de la CiutadellaParc de la Ciutadella. A very pretty park! With an extraordinary fountain in the north end. Cascada Monumental, a fountain that somehow reminded me of Fontana di Trevi on Rome. Except this was full of growth and green. There were also some baby ducks swimming in the fountain. Absolutely adorable!

Our next stop was the Arc de Triomf. It is not a memorable city in Europe if it doesn’t have an Arch of Triumph. It was built in 1888 for a World Fair (like the Eiffel Tower was the year after, 1889).

We sat down at La Foga, a restaurant north of the arch and had a great dinner together. I had the chicken tacos and mom a nacho plate. Really good!

2km was all that was left between us and the apartment, so we walked back. And when we walked through the door it was already after 9pm. How did that happen? I feel satisfied with 20 000 steps today and more than 6 hours of active time (WSP challenge counts minutes, not steps and 6 hours equals 360 minutes and as many points, not too bad).

Later in the evening the cucumber building (also known as Torre Glòries) started its light show. It’s crazy how they do that on an office building. And why build an office building shaped like a dingdong? It’s funny, but it feels a little bit like a ripoff to the one in London. Just saying.

Like I wrote yesterday, there won’t be any pictures just yet. But be patient, they might show up sooner than you think! 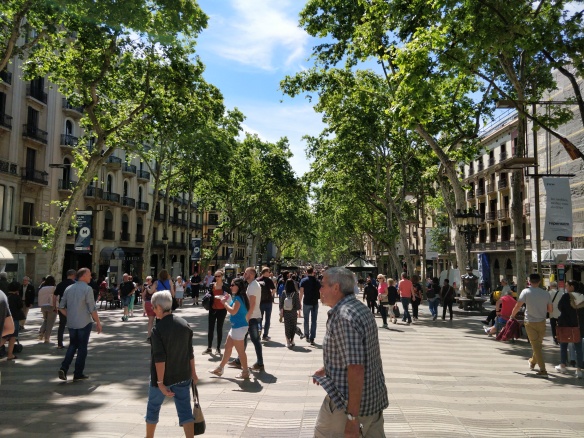 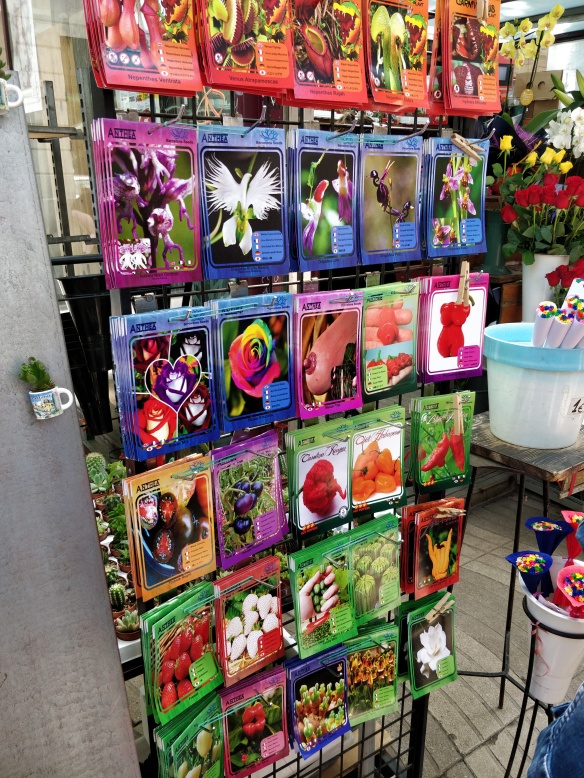 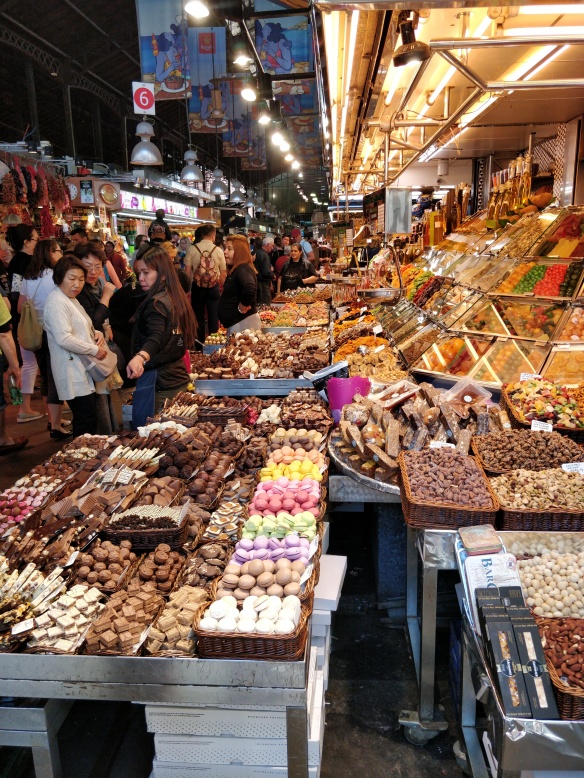 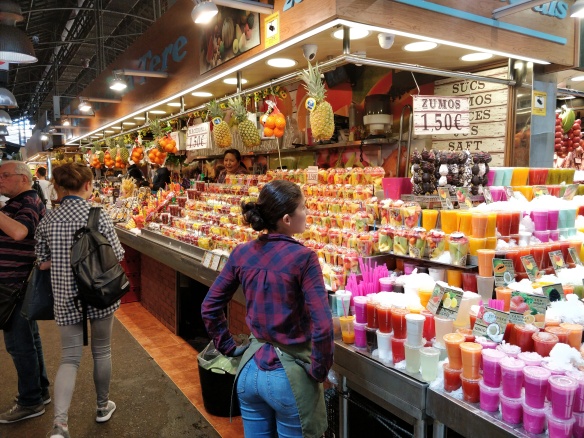 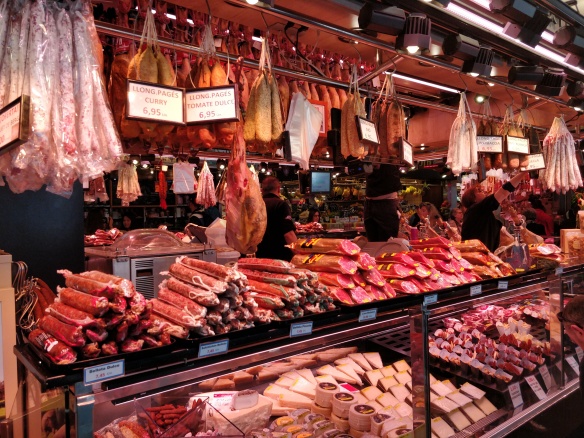 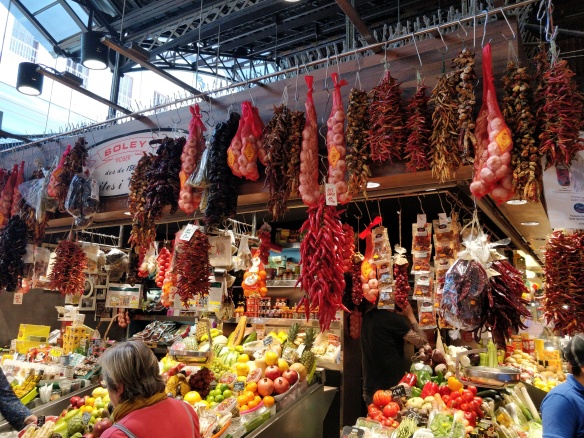 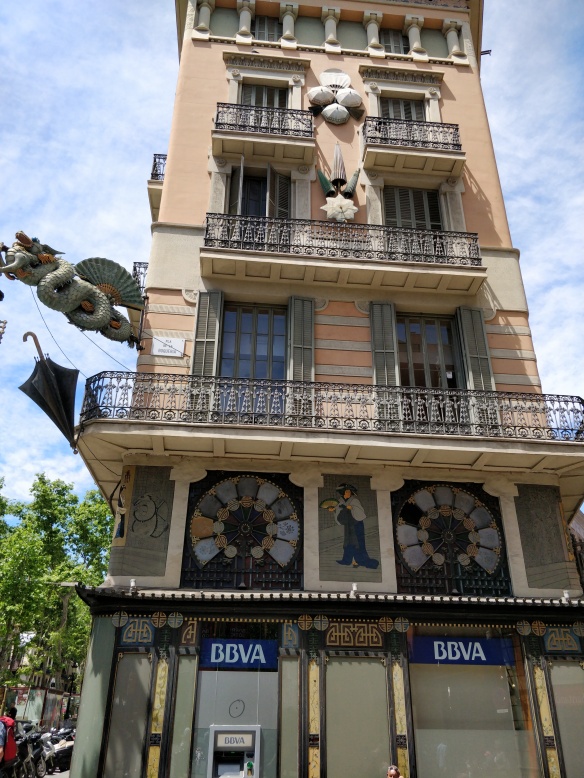 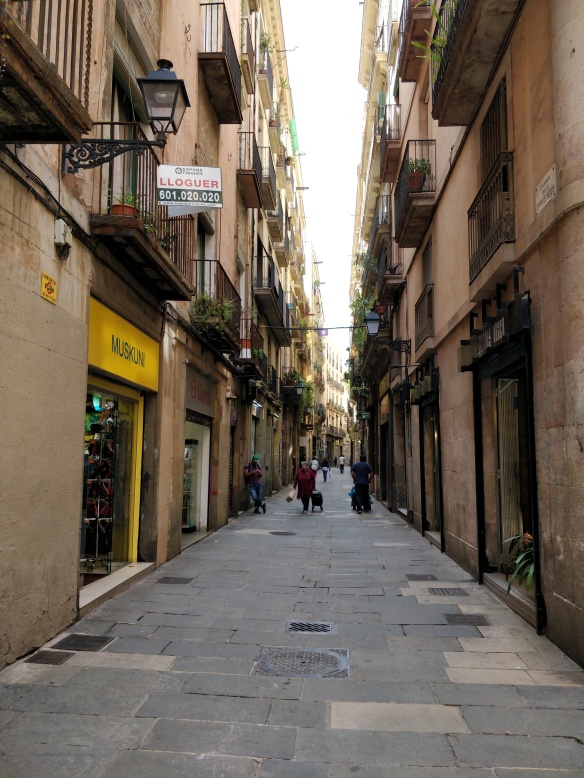 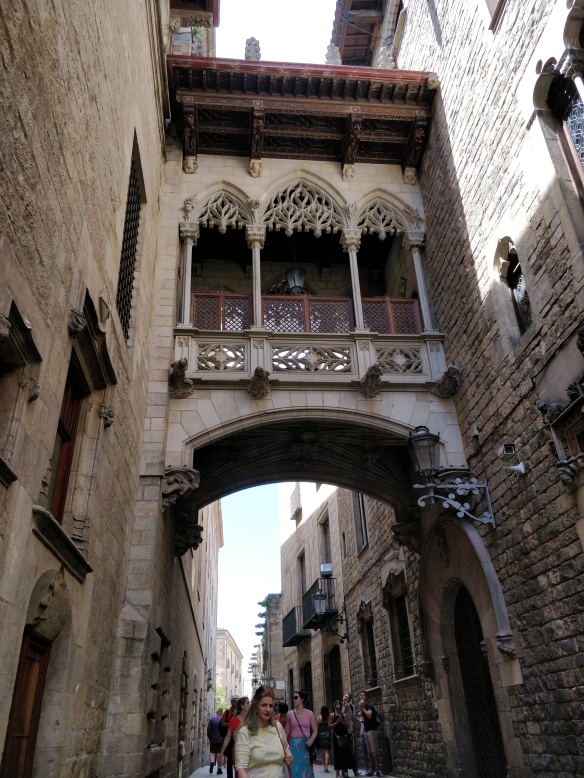 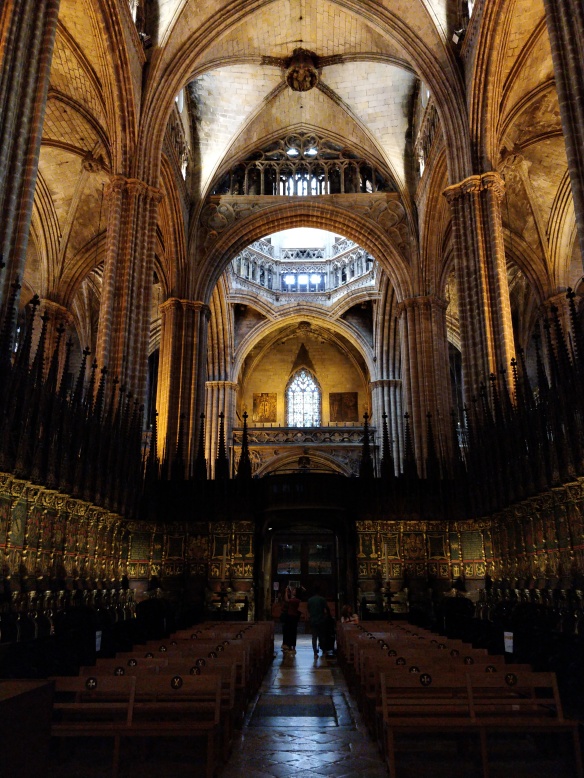 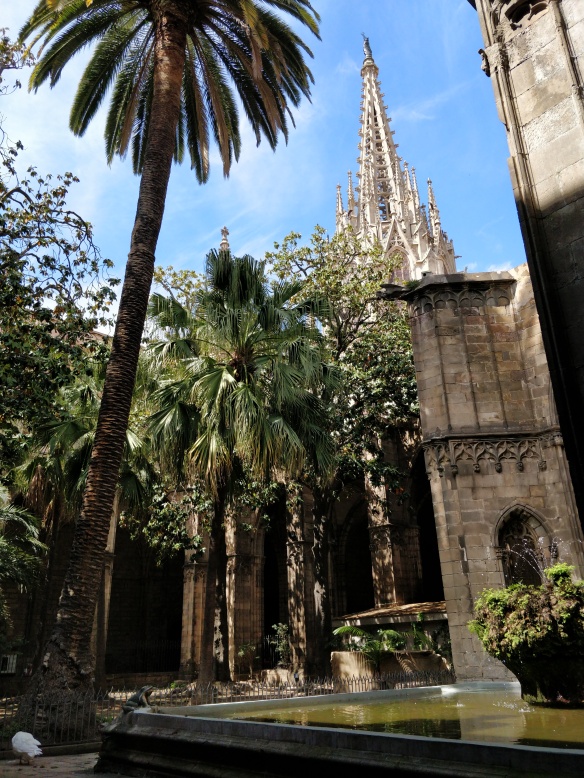 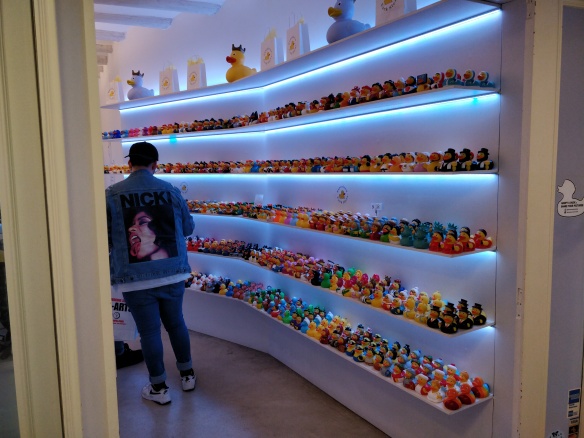 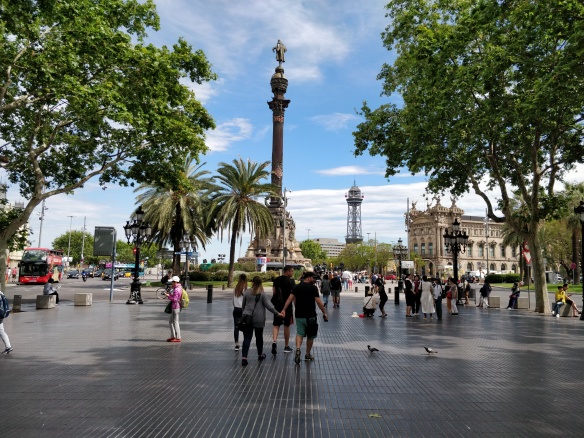 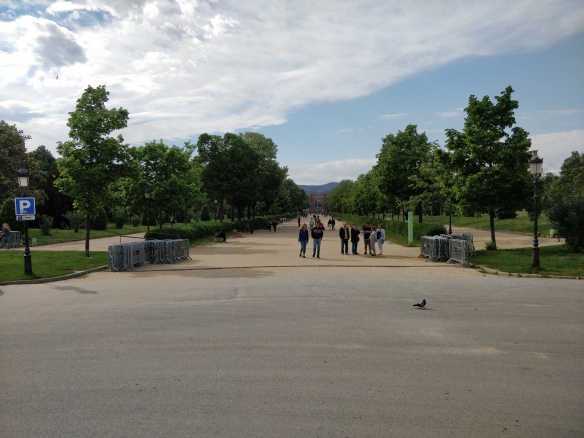 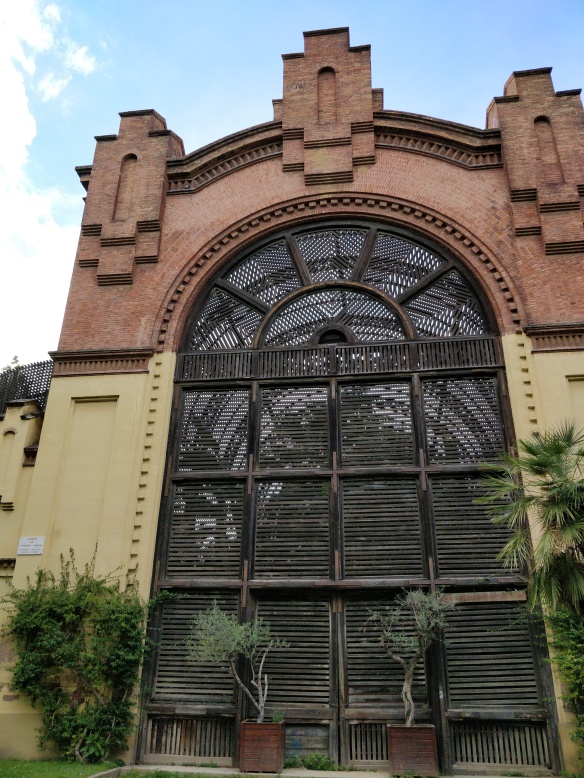 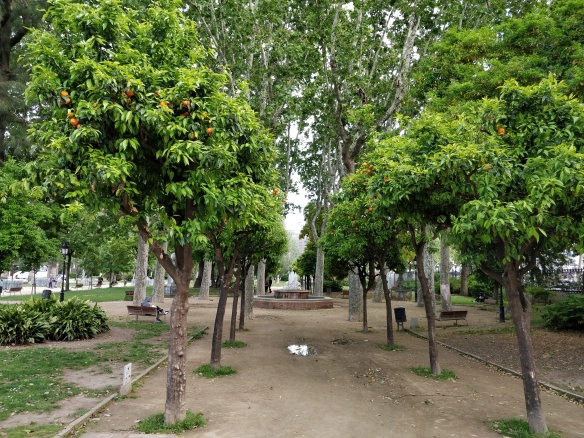 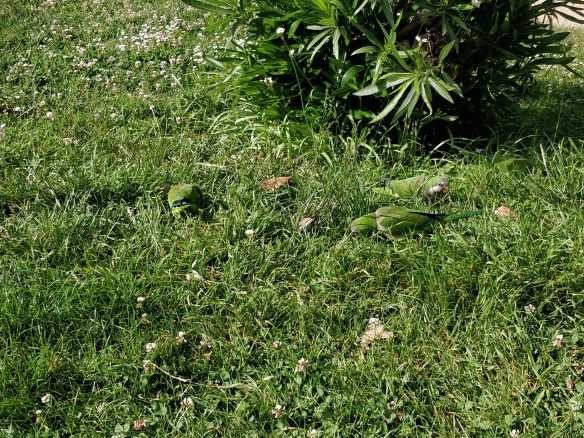 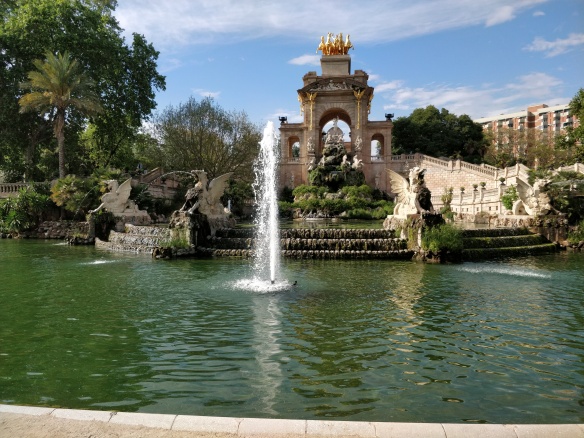 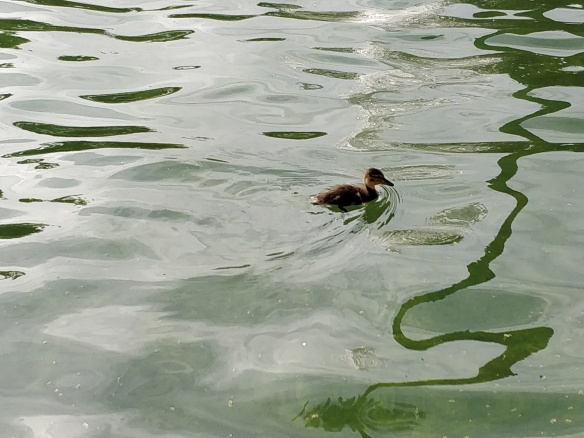 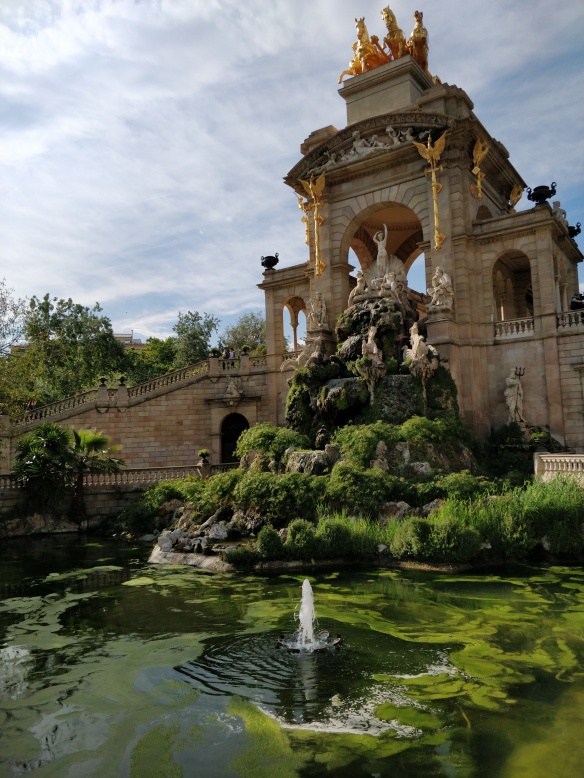 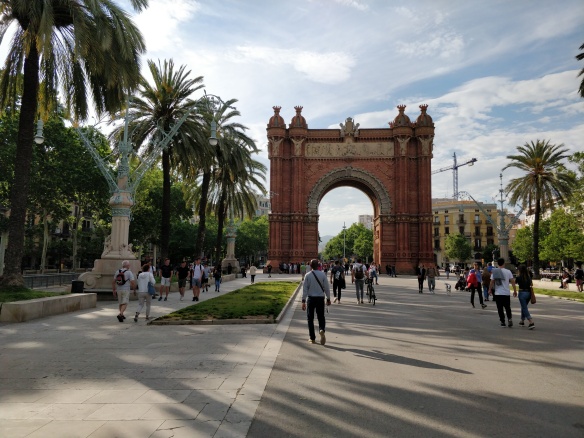 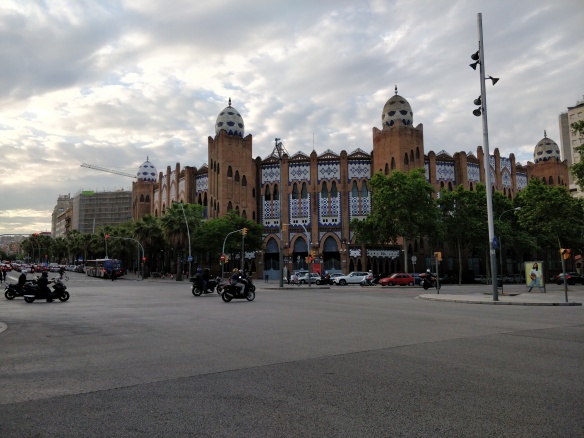 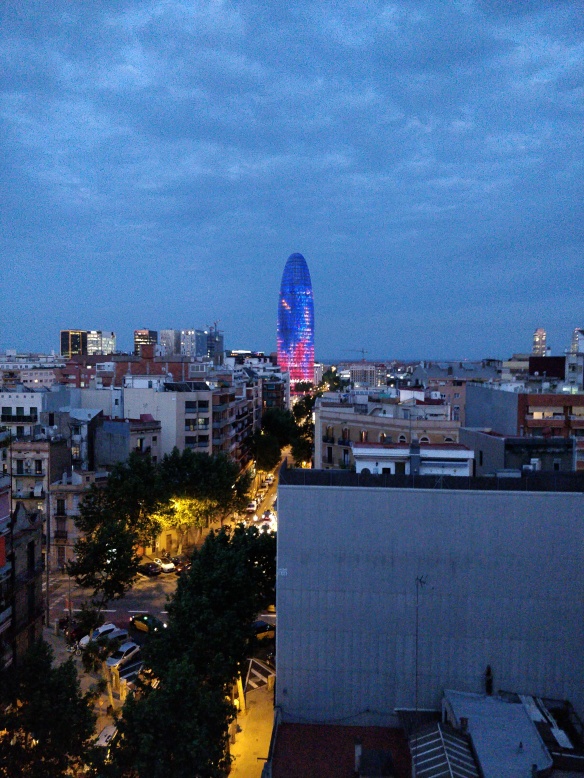