A long day lies behind me and an even longer is ahead of me tomorrow. Long days, with many fun activities equals time flies and this trip will be over in no time.

I had no idea what we were going to do today. On the agenda it said Maihaugen. Oh nice, I thought, that is probably up on one of the mountains and we will get a nice view. I don’t think I could have been more wrong, haha! Maihaugen is like an outdoor museum with old timber houses from like the 18th century and earlier. Super cute place! 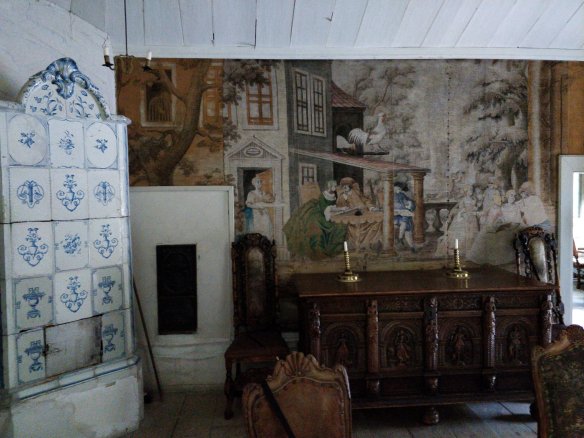 I also, of course, took a 360 picture as I pretty much always do when I travel and the picture can be found on Google Maps.

Our next stop was the Olympic ski jump slope. Lillehammer was host of the Winter Olympics in 1994 and all the arenas and slopes and the torch man on the side of the mountain are still here. The slope was insane! We walked down and the vans picked us up at the bottom. My knees hurt after all those stairs down. I don’t really understand what goes through people’s mind who practices that sport. Crazy people! 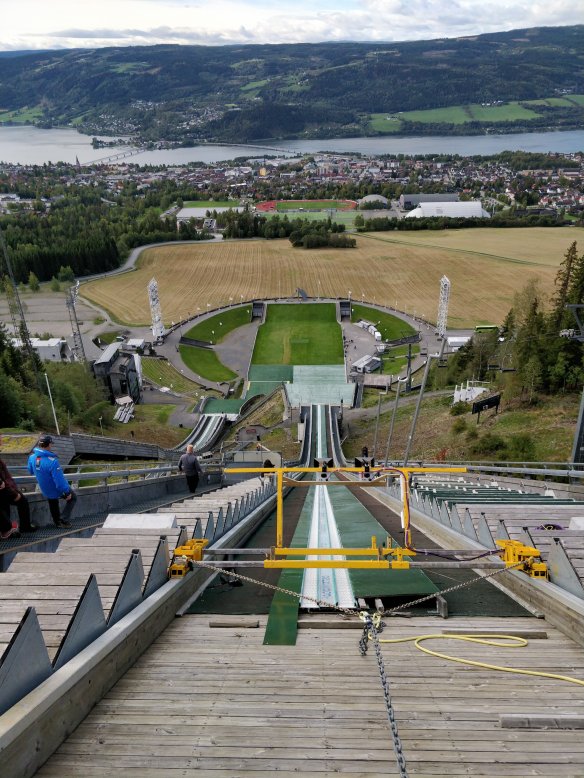 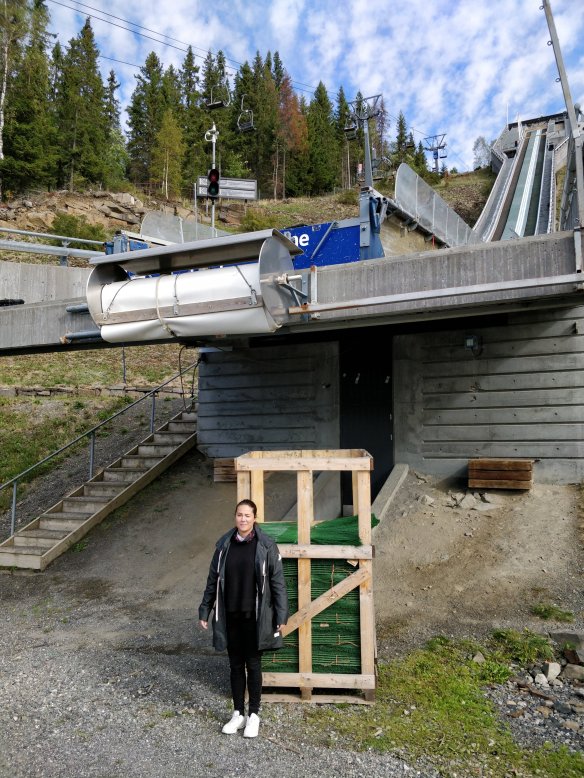 Lunch at Peppe’s Pizza in downtown Lillehammer after. Delicious pizza!

The rest of the afternoon was spent on the cabin doing work-related stuff. Department meeting and then a game of WSP’s values and what we think is important and should go in our action plan for 2019. We had some hectic discussions in our group but came up with a nice suggestion to the plan in the end.

Catered dinner at 7pm, and then several games. Like charades, a communication game that was really fun and some other games. It was fun, but I got tired and as soon as we were done, I went down and sat down in the sauna for a bit. Sooooo nice!

I kinda feel that a skiing vacation would be really nice! Living in a timber house, always being rosy and cold and warm and being in the sauna every night. Drinking hot cocoa. Perhaps not going skiing? Just doing everything else, haha!