Today was such a beautiful and fun day! It didn’t feel like we did too much walking, but my phone tells me this was my best day yet, 22,800 (accumulating: 121,800 steps in 6 days). We had to leave the apartment at 9am but we couldn’t check in at the hotel until noon, so we took the car, drove south to a lake we had seen on Google Maps. That was a good choice. The lake was called Lago Albano and it looked like a volcano crater, which is also is, I just double checked. The city was the cutest ever! It was placed on the hillside with an amazing view over the lake. There was only 8,800 inhabitants. Super cute town. After we checked it out for a bit, we drove down in the crater to walk a bit on the beach. The beach was black, which made sense since it was a volcanic crater. Such a pretty place. Here is a link to a sphere photo which I uploaded to Google Maps. 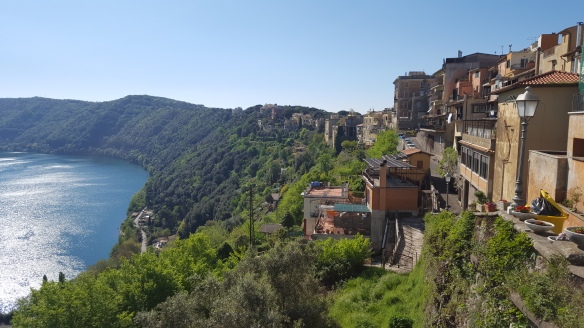 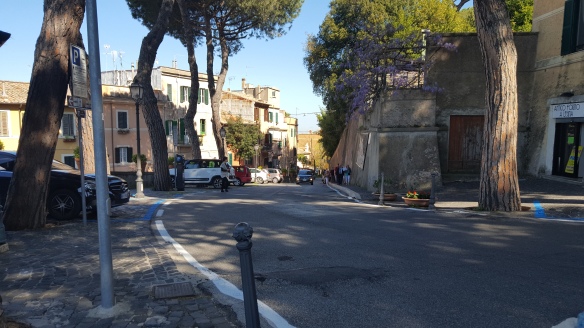 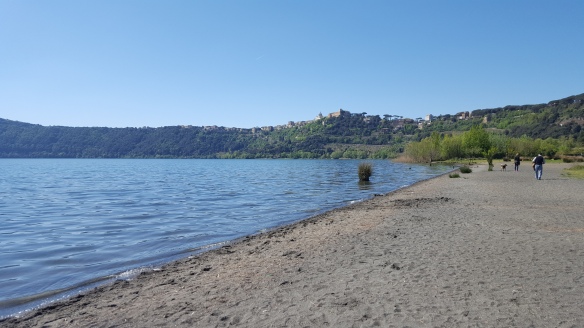 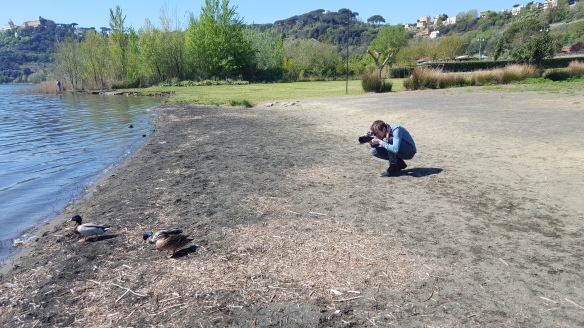 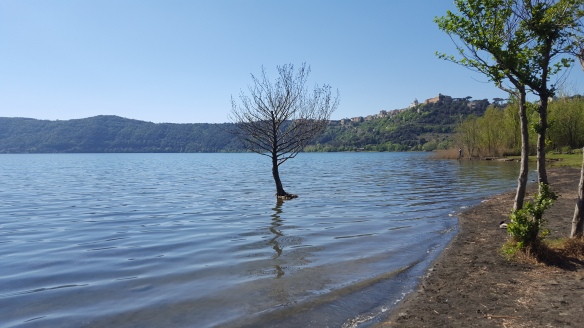 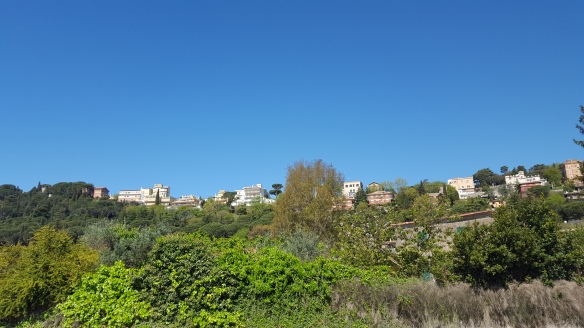 We then just kept on driving and found ourselves in another small village called Rocca di Papa. It was also on a hillside but more spread out. We saw one old man walking on the tangled road beneath us (when we were standing on the highest point we could find for a great view) with 6 big bottles of water, waddling along to his house further down. 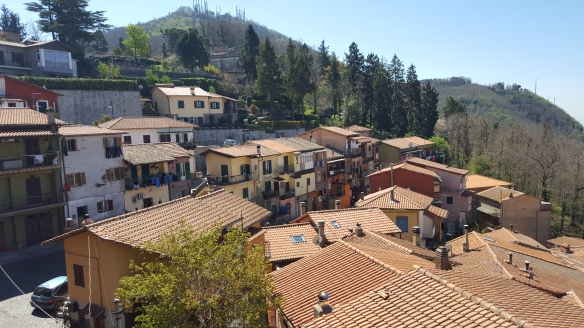 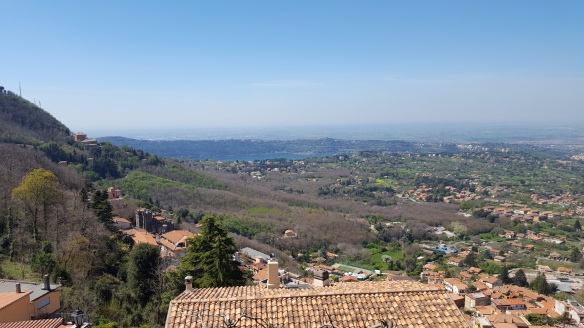 We then drove back to Rome and to our hotel for the night, Pulitzer Roma. It is not much on the outside, but it is cute on the inside, and they have a dog mascot, a black and white cocker spaniel. Adorable! The lady in charge (I think) is super nice. We had lunch at the hotel and then decided to go into Rome today instead of Ostia since we got a parking space right outside the hotel door! It literally couldn’t have been better. So tomorrow we are going to Ostia instead after checking out and then going straight to the airport from there since it is very close. In Rome we walked around a bit to see the big things one last time. We saw Colosseum twice, Pantheon, Fontana di Trevi, had dinner at Piazza del Popolo and I bought a new backpack, a wine red Herschel. Really cool one. An early birthday present to myself! 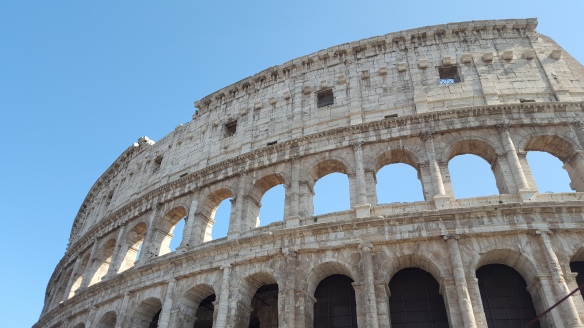 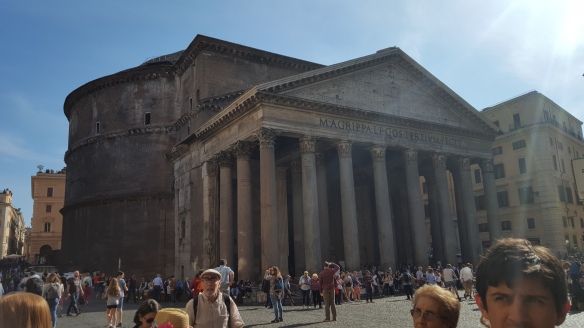 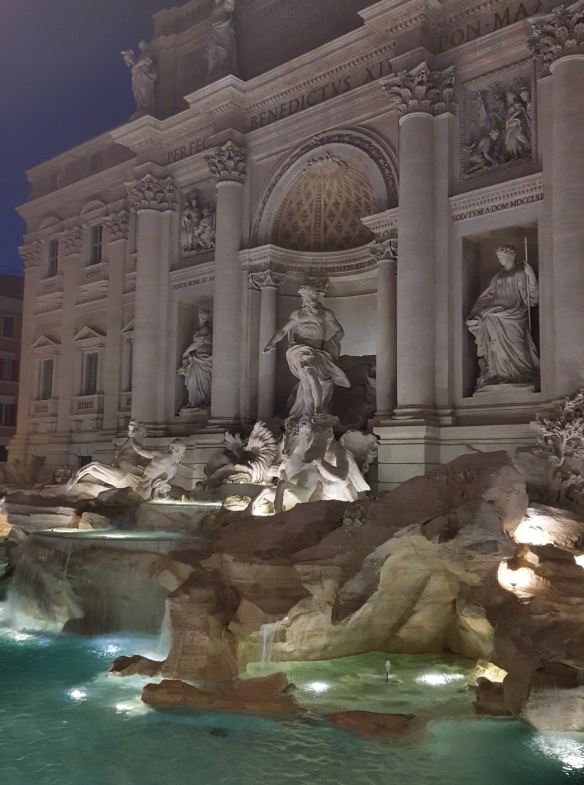 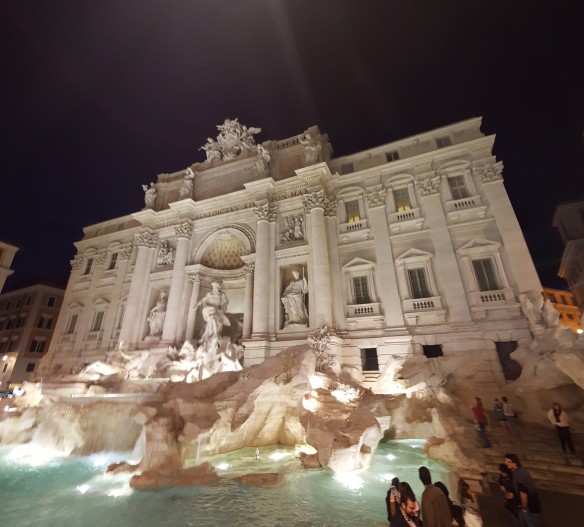 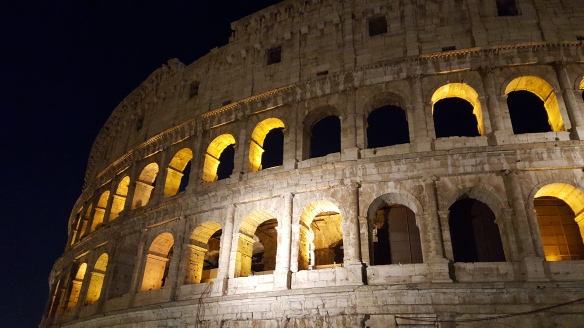 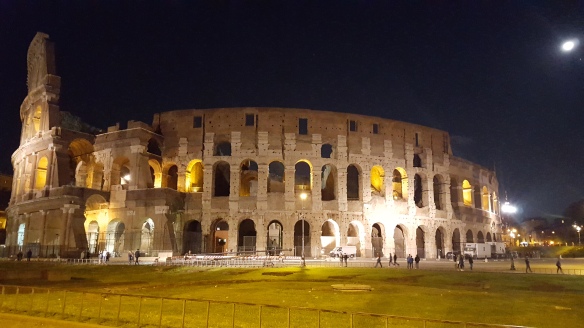