My left foot hurts pretty bad, not under, but on top! It hurts all the time, but sometimes it gets really bad and I almost stumble because it feels like the skin on top of my foot is peeled off, except there is nothing visible on the foot. It is super weird and a fairly big bummer. I will survive, and a little pain is not gonna stop me from enjuying this vacation! I untied my shoelace after dinner and then it got kinda okay.

19,600 steps today (accumulative ~58,000), even though we didn’t leave the apartment until 1pm. Since we were gonna stay out longer today for some night time photography, we decided to spare our feet and sleep a little longer today. We made lunch, canneloni, planned the day and went out.

Our first thing was to print the voucher for Colosseum. It took us a long time to find a place to print it and we were redirected from several tourist information centers who just sent us to another one. We finally find a place, the guy inside only spoke Italian, but it worked out and we have now the voucher. It says on the voucher that it MUST be printed, and that it won’t suffice with a mobile device. I have read that before, but I don’t want to take any chances this time.

Our next stop for the day was The Museum and Crypt of the Capuchins (Convento dei Frati Cappuccini). Since the Capuchins Monks are a current religious group, the museum kinda felt like a try of conversion. I did not find the museum particuarly interesting, but I learned a few things, that for example Capuchins means small hoods (because the monks and friars had small hoods). The crypt was why we went there. Several rooms with skeletons. We saw the one in Paris and thought it could be cool to have seen something similar in Rome. But no, nothing similar at all. In Paris the catacombs were used as burial sites since diseases were spread in the cematary’s. But here, the bones of previous monks (around 4,000 it said) and Christians were placed in architectural designs. For a crypt, it felt weird that it was aboveground with windows. It also felt really tacky to “glue” skeletal parts on the ceiling and on the walls. It felt disrespectful and honestly a lot crepy! If you compare it to the catacombs in Paris where they just stored the skeletons of, I can’t remember, but MANY, deceased ordinary people. Sure, there were some formations, but it was different. We were not allowed to take photos in there. But use Google, you will find something on how it looked! 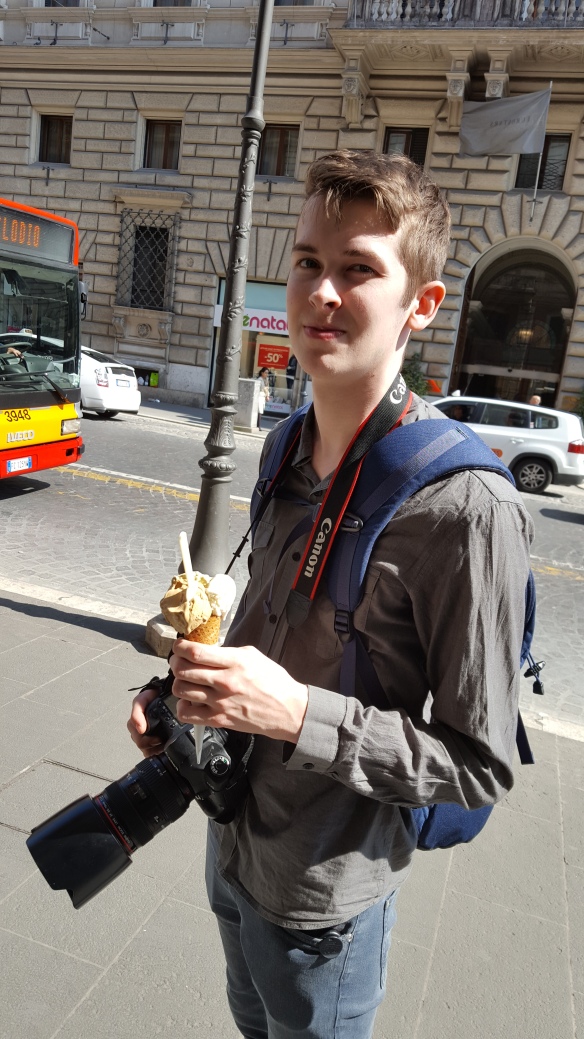 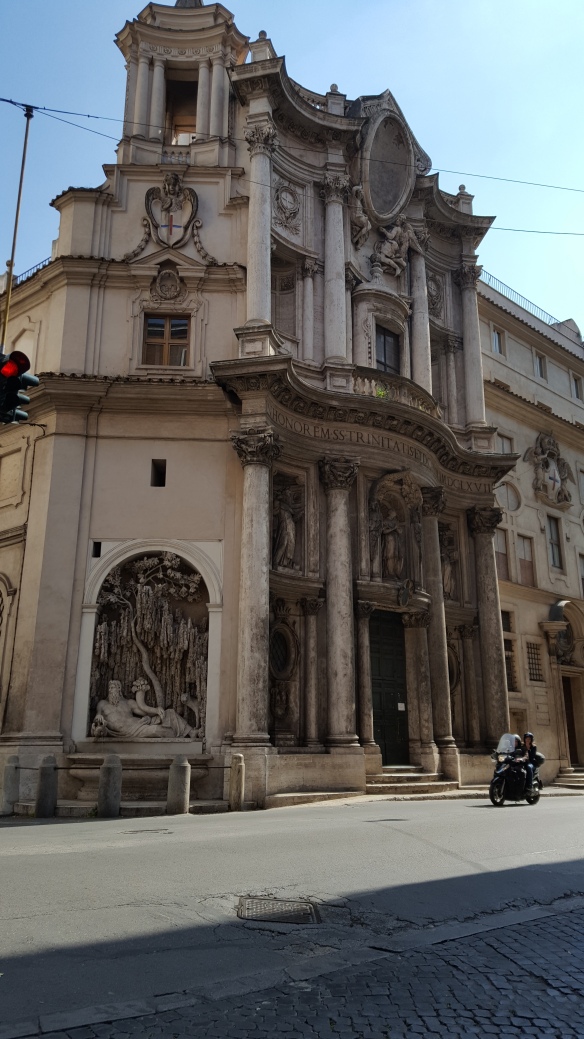 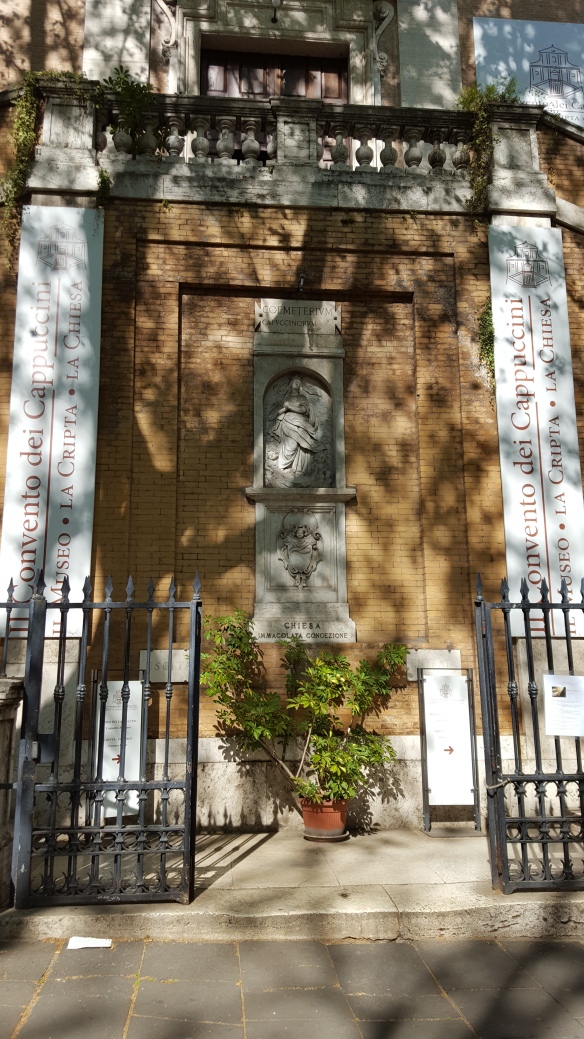 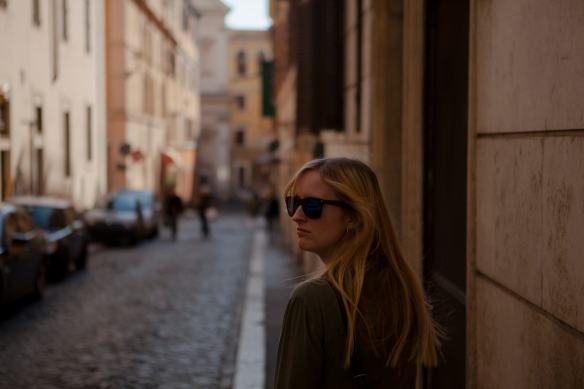 We then walked on to the Spanish Steps (Scalinata di Trinità dei Monti). Like with the Trevi Fountain, there were too many people there. And our last stop in the daylight was Hard Rock Cafe. We had burgers, Jesper ordered a couple of drinks, we shared a desert and got our 18th glass. I can’t believe I have been to 18 Hard Rock Cafés around the world. Crazy. 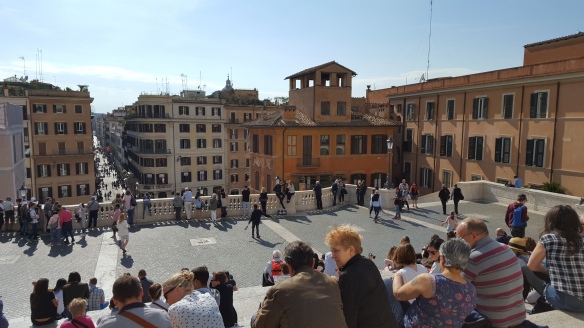 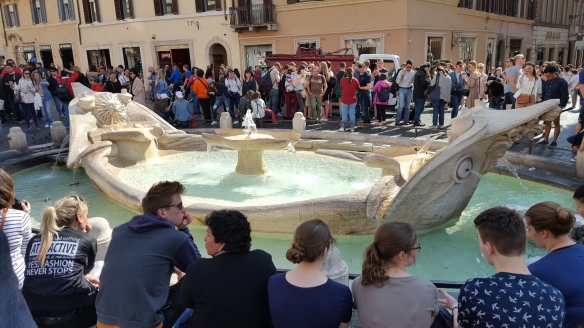 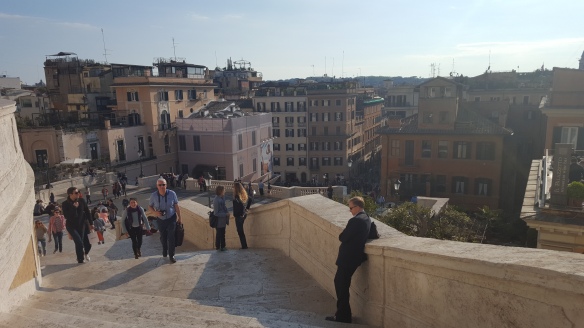 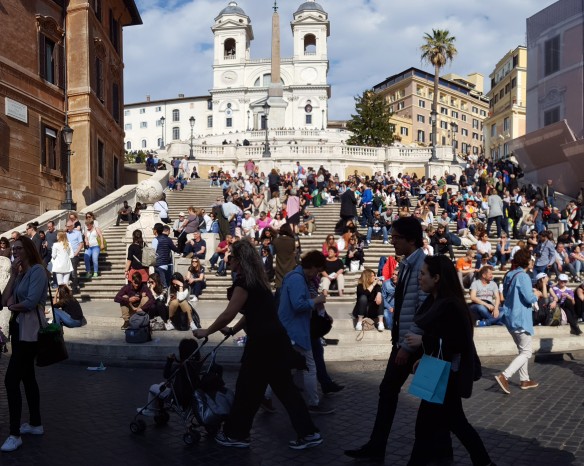 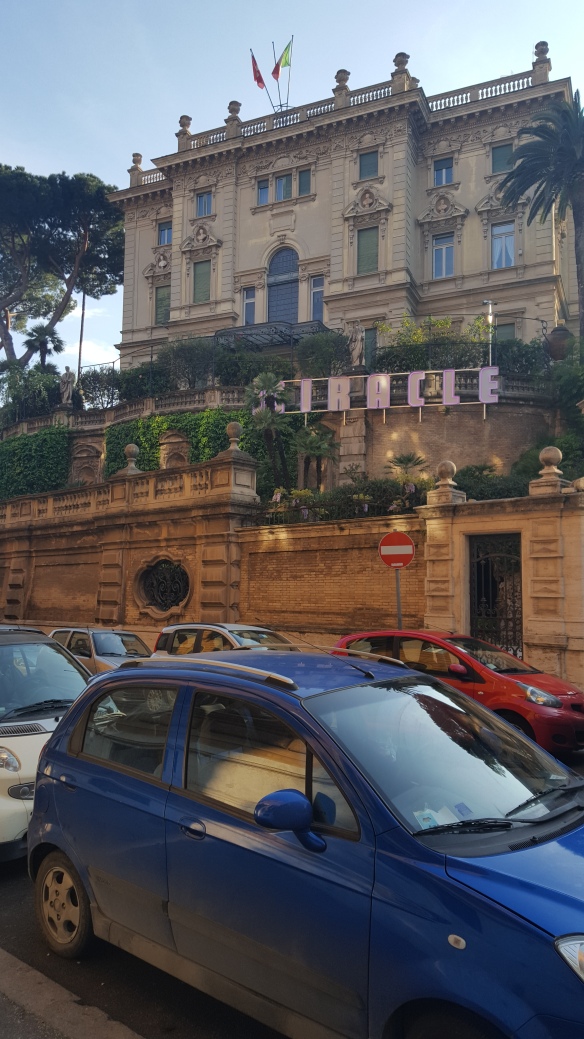 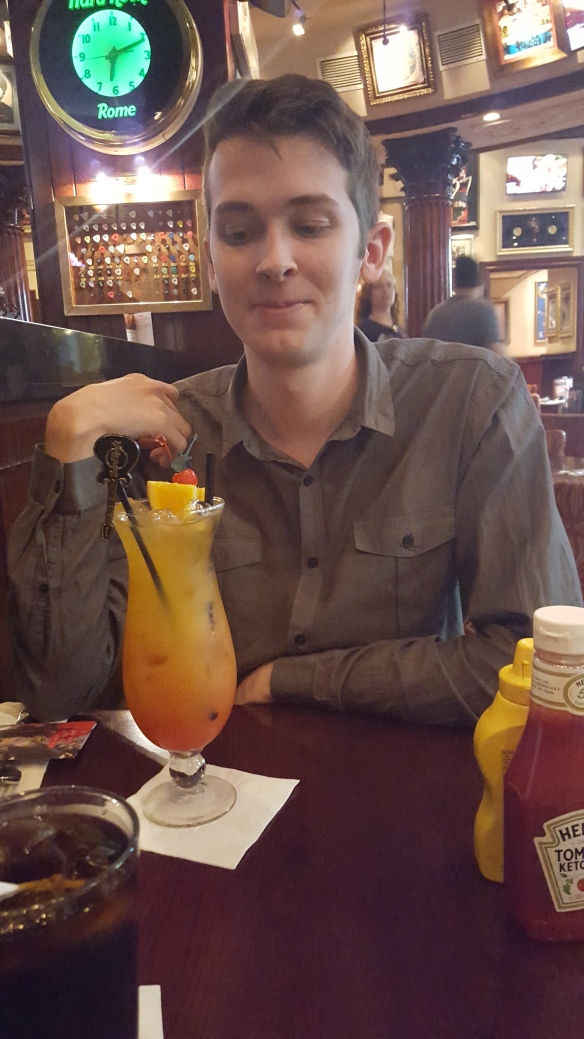 It then got dark, and Jesper wanted to try his photographing skills. We first walked to Fontana di Trevi. There were as many people there in the dark as during the day. It was pretty though, and I got some good photos. Jesper was too tired to look at his more closely.

We then walked to Forum Romanum, took some pictures there and lastly walked to Colosseum. It is hard to take good pictures in the dark. But it was pretty there. I am really excited for the tour we are doing there tomorrow. 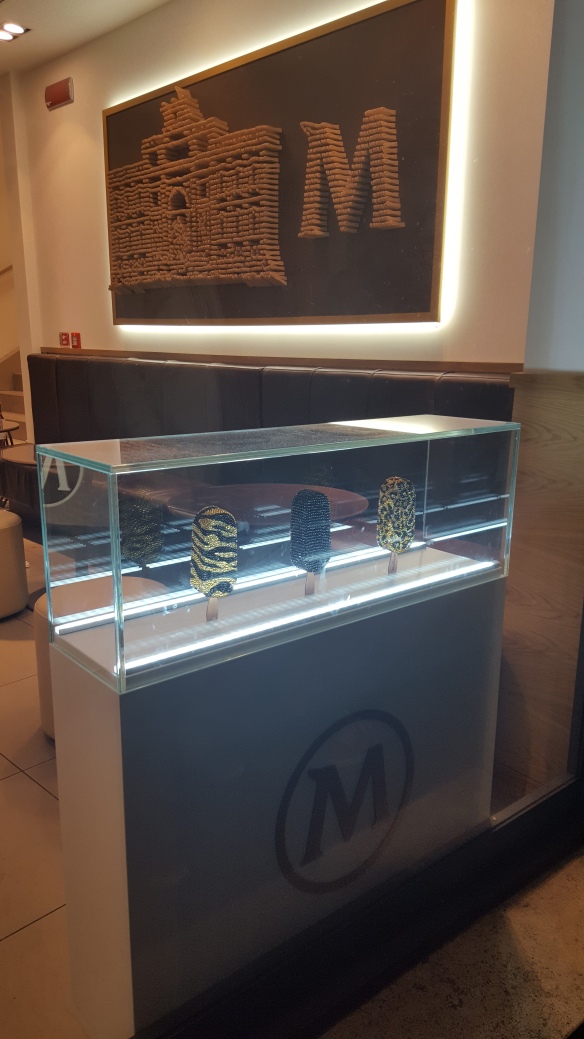 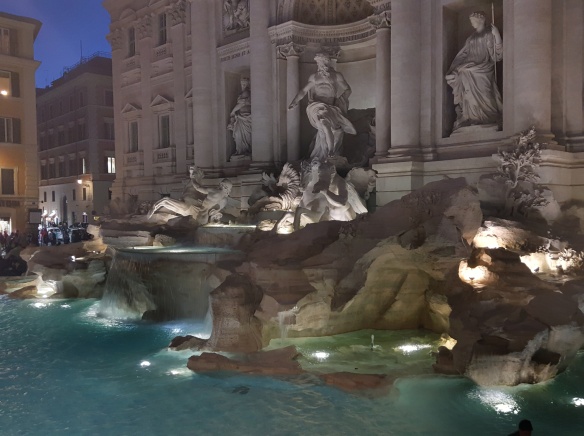 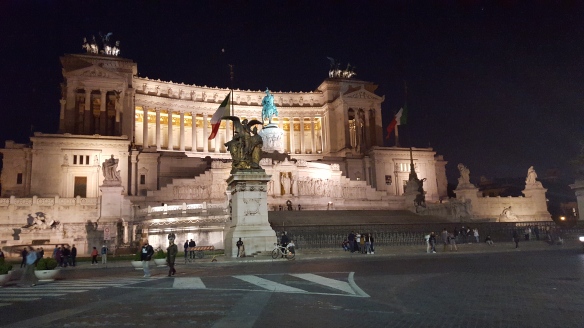 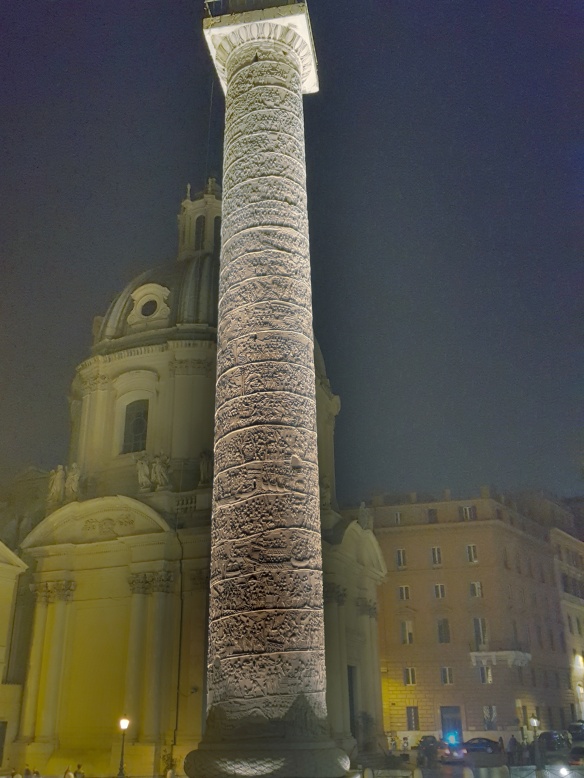 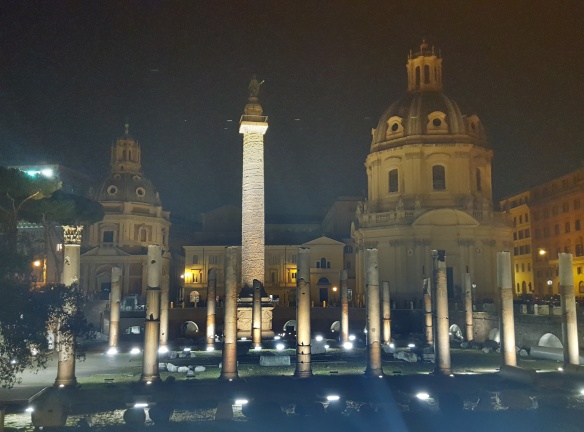 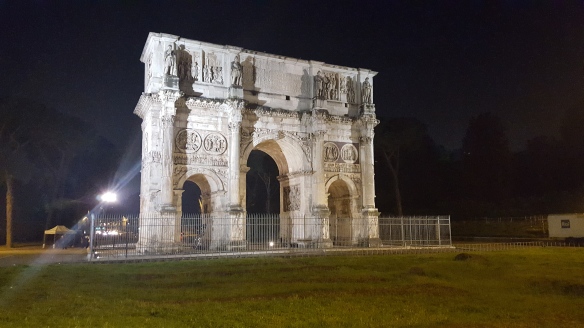 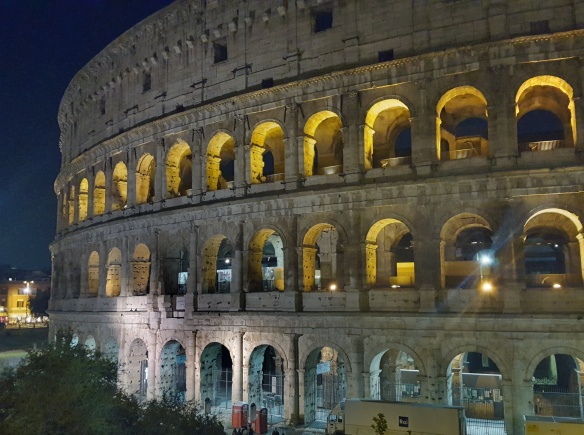 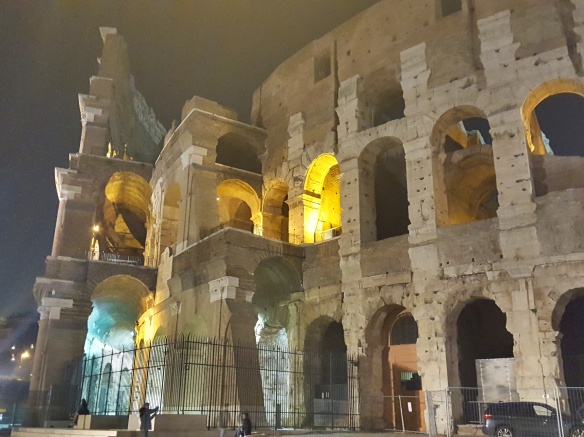